I fucked up. I should be put to death, positioned in front of a trigger-happy firing squad, be forced to eat pineapple on pizza. Yeah.

I take full responsibility for being a dingbat. What happened to provoke my sense of worthlessness you ask?

I was stuck in traffic and late to a spray tanning appointment. Upon exiting my vehicle at approximately 1.05pm on Sunday, a discarded chocolate bar wrapper which must have been stuffed in the side console, consumed quickly and forgotten, attempted it’s last hurrah of verification, upset to have lasted a minute on the lips (but forever on the hips) fluttering gently (as to not alert me) to the ground alongside the most law-abiding citizen known to mankind.

I kid you not. I watched as this elderly ‘gentleman’ (term used very lightly) clutched his heart, mouth agape, eyes narrowing into slits that would make a Siamese cat jealous.

Remember folks, at this point I had zero idea on what the fuck was going on.

Sir, are you ok? (I assumed he was having a heart attack)

“OK…. YOUNG LADY?! I’LL BE OK ONCE YOU PICK UP THE OFFENDING WRAPPER AND PUT IT IN THE BIN!” Spluttered he.

I spied the treacherous wrapper on the ground but was indignant as a crowd had gathered by now, forming a semi-circle around us. I could see their imaginary pitchforks and I swear the crowd was about to start chanting ‘Kelz Belz you deserve to perish, you don’t seem to carish’ or something along those lines.

Making matters worse, I was dressed for my spray tanning appointment. My appearance was even shabbier than usual. Sans brassiere and dignity. My hair, the classic mum bun (without a kid to use as an excuse) …tattered loose black ‘Fat Day’ t-shirt just long enough not to cop an indecent exposure charge.

Anyhow…the spectators’ eyes were burning a hole in my head and a fire of indignant rage was coursing through my belly. But I wasn’t stupid, I could see what they saw.

‘Old, innocent Nigel, 83 years of age, served the country, paid taxes and wanted to live a quiet happy life, nestled between bottles of port and memories of his long-gone youth and if lucky, his wife’s matronly bosom.'

And then they had me:

‘Young-ish single lady (possibly of the night) of undescriptive age, no care in her appearance, ‘’assumption” of wine ingestion (what…it was after 1.05pm remember?!) sporting a maniacal grin' (which was my anxiety and flight or fight response crossing swords) ….

And Nigel was still bloody yelling at me, eyes watery from hatred…ranting about young people today and the non-fact that I littered purposely. 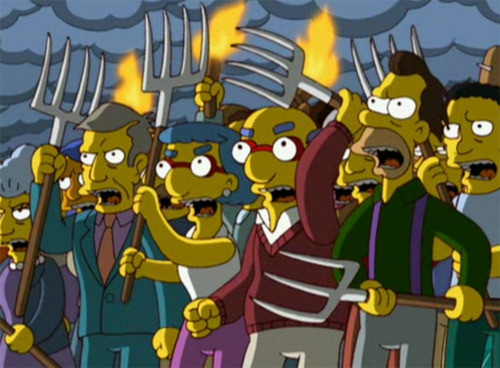 Tempted to throw up my middle finger, tell him to bugger off…to deaf ears… (maybe literally) HOWEVER…I didn’t resort to any defense mechanism, instead I thought of this as a ‘teaching moment’…you see, I didn’t see this any different to any other prejudice. I felt Pigeonholed by this ‘elder’ as a ruffian street kid (yup totally aware I’m an adult but without makeup I pass for 5).

I yearned to change his outlook.

Rage and resentment continually divides us, we yell and scream so loudly and so persistently to make a point that it’s impossible to hear each other anymore. Nigel was demonstrating, in my opinion, one of our biggest failings as humans... the desperate desire to be right. Blame shifting, judging and self-righteousness.

When you are obsessed with being right, you stop being effective and forget what you're standing for in the first place. Progress is not achieved through preachers and finger pointers like old Nigel here. Crying about an injustice that I didn't intentionally commit!

Excuse my Yoda moment but I wanted to make a point ….

Instead of barking back defensively I thought, ‘show kindness, be civil and it may (hopefully) be returned'

I walked over to the cunt of a wrapper which got me in this moral dilemma, picking it up with an elaborate flourish.

I apologized loudly as if condemned and awaiting to be beheaded whilst asked to give my last remorseful words as a masked executioner awaited impatiently behind me.

Hand on heart, ‘I, Kelz Belz do solemnly swear never to commit such an outrageous and indecent act. And if it ever occurs again to voluntarily admit myself to a high security prison’ (I’ve watched orange is the new black and Netflix docos so I reckon I’d win in the system, be top dog and get some cool tatts)

I acknowledged I was in the wrong but made it clear that the way he reacted didn’t make him ‘right’ due to the hostility in his reaction. I advised him politely that I did not stand for the ‘with us or against us’ mentality…I don’t support any prejudice (besides maybe pineapple on pizza) … I hate everyone equally whatever their religion/ethnicity/gender…I also offered to pick up the rest of the rubbish left by others, being the good Samaritan I am.

I even helped him take his groceries to his car as he was tired from all the finger pointing and beating of his chest.

Nigel was taken aback, he looked slightly remorseful and he even APOLOGIZED!

The lynch mob, with nothing further to see put away their camera phones and dispersed.

I felt victorious. Did I just teach someone a valuable lesson? Change the world? Was this my reason to be put on this earth? To civilize it?

The answer in short. No.

Buuuuut , I felt like the better person not resorting into my usual defensive stance. If you want decency and kindness, show it tenfold. There are cunts in this world and I will play my part to uncunt it, focusing less on being right and more on being decent.

Although the human race isn’t my favourite species I still continue to look for and trust in kindness, love friendship and a good cook... (spelling autocorrected)

Horrorcopes; Girls guide to lashes that suit your star sign...

The serial killer and the wheelie bin